November 6, 2012
On October 21, 2012, an event to mark the naming of Kannnabe was held in Toyooka city, Hyogo prefecture under the auspices of Toyooka city and other organizations. The event included lectures, ceremony, and celebration. As the discoverer of this minor planet, I handed the certificate of the naming to the mayor of the city. In return, I received a letter of appreciation from him. Then, I began my lecture.
The venue of this even was Uemura Naomi Adventure Museum built to commemorate the achievements of Mr. Naomi Uemura as an adventurer, who was born in this city. Keeping the significance of this adventure museum in mind, I made the topic of my lecture “the adventure of Comet Ikeya-Seki”. Coincidentally, one Kreutz group comet passed perihelion this day, 1965. This comet Ikeya-Seki successfully undertook an “adventure” to pass through one-million-degree corona. 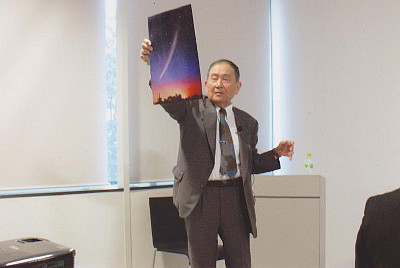 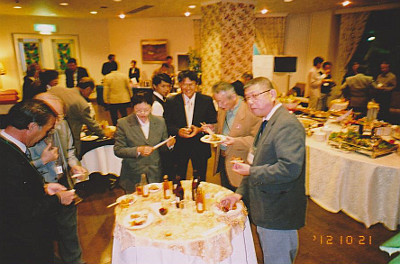 I also talked about how “Kannabe” had been discovered. At night, an observing session was held at Albireo observatory to view Minor Planet (23468) Kannabe through a 60cm reflector under the direction of Mr Toshiro Nomura. Albireo is a private observatory with accommodations. This star is shining at 15th magnitude as a cultural symbol of Toyooka city. 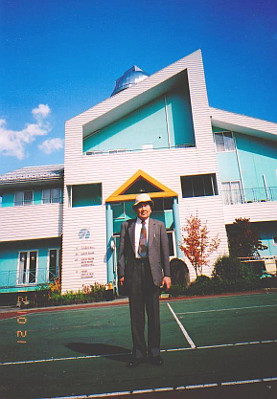 
Kannabe is a highland with ski slopes and tennis courts. At night you can enjoy superb starry skies little affected by light pollution. It is where Mr. Ryoichi Irie, a long-term experienced comet hunter, has been actively searching for comets. 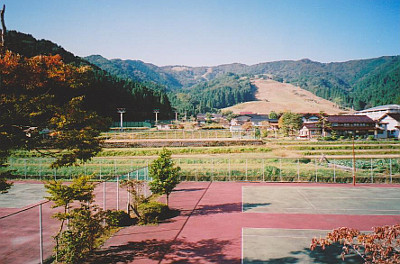 
That day, I stayed at Pension Albireo with Mr. Matsuo Sugano, a local amateur astronomer who helped us with the event. Albireo has a magnificent observatory dome on the rooftop of the five story building. The following day, I visited the nearby “monument for the landing of Takenouchi meteorite” and a rare “Mango-no-ookatsura” tree (a huge Japanese Judas tree) standing in the mountains of Kannabe. The tree was so large that it would take 6 adults holding hands to circle the tree. It crossed my mind that there was a huge cedar in Kochi prefecture, the largest in Japan, standing in the mountains north of Osugi station between Takamatsu and Kochi on the Dosansen Line. 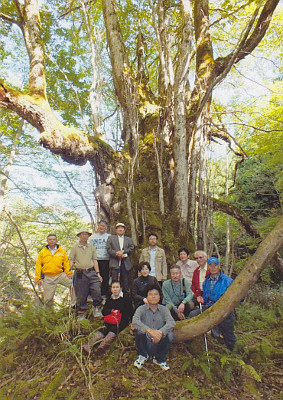