April 24, 2010
Arranged by Mr. Senwaki of Mainichi Shinbun Newspaper Kochi office, a serial about the stars began in April for next one year, which is to be published every Wednesday of the week. The photograph below is that of the first of the serial spread over two pages in the April 1st Kochi edition of Mainichi Shinbun. The title of the article is "Gazing at the Stars", which I often use for lectures.


The articles are, as you expect, based on a true story, but I made it as interesting and enjoyable as I possibly could with the newspaper readers in mind. Consequently, it may slightly deviate from the truth.
In my articles I often refer to Juza Unno's sci-fi "the Martian Army" published in the school children's edition of Mainichi Shinbun. I read the story when I was at elementary school and cannot forget the excitement I experienced 60 long years ago. Ryoma, a very popular figure on TV, also appears often in my articles. The Martian created by Unno will appear in a future article, but I think I ran into a person closely resembling that Martian (an alien?) at the hill where the observatory stands. I hope you enjoy the 50 installments of the serial. 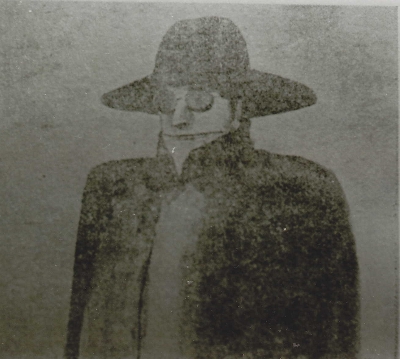 
April 5, 2010
Cherry blossoms are in full bloom now in Kamimachi, where my home is located. Kamimachi used to be called "Tsukiyashiki-machi is a quiet residential area along Kagamigawa River. There are about 100 cherry trees along the banks of the river. They are the last to blossom in Kochi city.
The Kendo (swordsmanship) school Ryoma went to in his youth is thought to be situated in the neighborhood photographed here. The house with the magnificent stone walls belongs to a person called Yamasaki, who taught at Tosa Girls' Junior High School. About 10 years ago, I would see Mr. Yamasaki when I was walking my dog.
Around 1948, a naked-eye comet called McGann (the eclipse comet of 1948) appeared in the predawn sky and immediately they provided a description of the comet on the radio. Newspapers also reported the appearance of the comet on the following morning. The comet was closely observed and they provided the description of the coma and nucleus as well as the angular measure of the length of the tail. Unfortunately, I was just a beginner at that time and missed this great comet.
Thirteen years later, when I discovered Comet Seki 1961 R1, I received a letter from Mr. Yamasaki in which he talked about comets he had seen many years before. He wrote he would like to look through my telescope, but the opportunity didn't arise. We didn't even have a chance to have a chat, either. It is quiet around his house and nobody seems to be living there. These days the population of this residential area is decreasing. It was so quiet here that I could almost hear falling flowers drop on the ground. 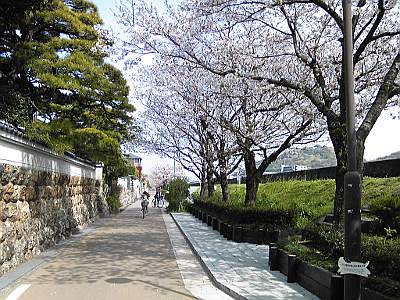 April 4, 2010
A large number of tourists are visiting Kochi city now because of Tosa & Ryoma Expo being held in the city as well as the popularity of NHK TV's drama "Ryoma-den" (the story of Ryoma). As Ryoma's birthplace is situated in the Kamimachi area, where I live, groups of visitors on guided tours are often seen. In Kamimachi, there are facilities associated with Ryoma such as Ryoma's birthplace, the site where Ryoma's ancestors were running a store called "Saitaniya", Tsukiyashiki-machi where Ryoma went to a Kenjutsu (swordsmanship) school in his younger days, as well as the recently completed Ryoma Museum. They are all within 5 minutes' walk from home. There is also Ryoma Post Office, but this has nothing to do with Ryoma. It was so named simply because of its location next to Ryoma's birthplace along the streetcar line. Ryoma's statue at the post office entrance greets you.
No. 4 Elementary School I went to is also near Ryoma's birthplace. There is Ryoma's famous portrait displayed in the school master's office. It was very large and painted by a famous painter. It used to be hung on the tall wall of the auditorium. On certain occasions we gathered there to listen to what the school master had to say or see movies under Ryoma's gaze. Even in our early childhood, we were impressed that Ryoma was a great figure who had ushered in "the dawn of modern Japan". No.4 Elementary School has 120-year long history and turned out many prominent figures. 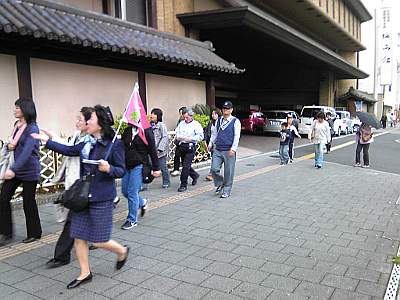