December 31, 2010
Eleven years have already passed since the day when three staff members of Geisei Observatory traveled to the summit of Mauna Kea at night. They joined a tour group organized by OAA (Oriental Astronomical Association) to visit the Subaru Telescope. It was in August and the middle of summer heat, but the temperature at the 4200-meter-high summit was about freezingly cold one degree Celsius. We persevered for about 30 minutes, but the cold sent us back into the car after a hasty astrophotography session. I don't know how they learned about my visit to Mauna Kea, but three American astronomers who were observing at Mauna Kea came to see me at the Onizuka Center.

The Subaru Telescope and its dome


The air inside the Subaru Telescope dome was air-conditioned to night-time temperatures. It was like being inside an extraordinarily large building and the 8-meter telescope was so large that its immense size did not sink in immediately. 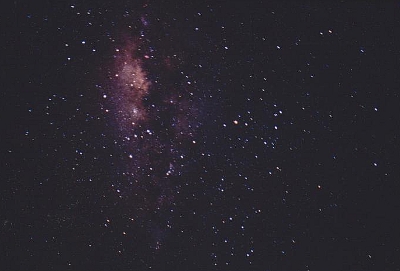 
At the nightfall the Milky Way above the observatory began shining. I attempted a fixed tripod photo with a 35mm camera. Scorpius and Sagittarius were shining brightly surprisingly high up in the sky. It took me some time to identify the other constellations because of the difference in latitudes. 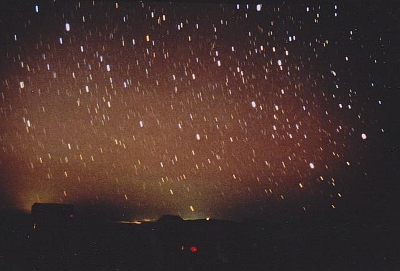 This is the view toward the northwest from near the summit. The Subaru dome is seen near the left edge of the photo. The mountain in the distance is the volcano Heleakala. The stars were bright and appeared as large as seen in paintings. The stars so low as hugging the horizon were almost as bright as the stars seen at the zenith from Geisei. The Big Dipper in Ursa Major loomed large. I thought, if I was able to observe overnight, I would be able to make a discovery. I realized that the ancient people always saw the stars like this on the ground and gradually formed their own idea of the universe. It was the development of pre-Galilean astronomy.