October 5, 2010
Previously, I talked about the Neo-Fax camera which I had seen at Nishiharima Astronomical Observatory. Mr. Koichi Ike of Tosa city owned a similar camera, so I checked it with Mr. Kuroda, director of the observatory, if it was Mr. Ike's camera, when I saw him at Matsue city. It turned out that the camera I saw at the observatory was not the one owned by Mr. Ike, though both are of the same type. Mr. Yoshito Sakai of Nagano prefecture, after reading the diary at my website, kindly emailed me about the whereabouts of the camera.
The Neo-Fax camera (I will call it "K camera" here) is a special camera developed by an optical researcher, Mr. Yoshio Kobayashi, while he was serving in the army. It has fast optics of his unique design, different from a conventional Schmidt or Maksutov camera. Its purpose was to photograph enemy bases in the darkness from aircraft in wartime, but the war ended before it achieved the intended results. It reappeared, however, with further research, as an astro-camera after the war.
It is not clear how Mr. Ike was related to Mr. Kobayashi. It seems to have all started when Mr. Ike wrote to Mr. Kobayashi in Kyoto that he wanted fast optics to search for comets and photograph a "satellite" of the Moon, which had been a popular topic of those days. Mr. Kobayashi visited Mr. Ike in Tosa several times; on some occasions accompanied by his family partly for sightseeing. Mr. Kobayashi promised him that he would provide a K camera for him. Mr. Ike seemed to agree that he would pay the cost of the development of the camera. Because of this, I think the name of the camera is prefixed with "Ike".
This camera, however, was not used to its full capability and eventually returned to Mr. Kobayashi. Later, Mr. Sakai of Ogawa Astronomical Observatory in Nagano prefecture took it over and is using it.
The camera owned by Mr. Ike had a 20cm-aperture (the diameter of the corrector plate) with a 30cm primary mirror. I think it was F 2.5. He made circular plates cut out of expensive Fuji and Kodak glass photographic plates. At a Comet Conference at Katsurahama, Kochi, Mr. Ike brought these plates along for demonstration. Mr. Tomita of Tokyo Astronomical Observatory commented negatively that it would not be good to have to touch the surface emulsion of the plates to make circular plates. He also said that the circular shape would not be suitable for comet search. The inventor of the camera, Mr. Kobayashi had also warned Mr. Ike not to reveal the camera to the public or submit photographs taken by this camera to astronomy magazines for publication, as it was still being under development. These criticisms and cautions were against his wish to see continuous progress in this project. As a result, I imagine, Mr. Ike began losing his interest and becoming unconcerned about every aspect of it. 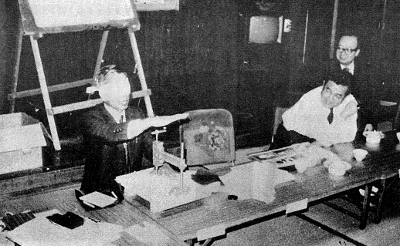 
A staff member at Nishiharima Astronomical Observatory was using this K-camera with film and commented: "Digital cameras can produce brighter images. Times have changed..." As Mr. Sakai has once said in his email, it would be ideal if converted to digital imaging. It may be technically difficult, but if it becomes a reality and is used in the right way, we can expect superb results with its unrivaled fast optics.
As you know, Mr. Kobayashi published a photographic atlas of the Milky Way using the K-camera. Sadly, he passed away before fulfilling his wish to photograph in the Southern Hemisphere.