June 30
June 30 is the day of the Wanuke shinto god festival. It has long been said to rain on the festival day and the probability of rain on the festival day is quite high. When I was a little child, I used to hear the sound of flutes and drums of the festival and loved to visit the shrine. However, for the past 20 years, I have never visited the shrine. It no longer has that festival atmosphere I remember from my childhood. The roadside stalls look quite ordinary and I would not feel like to mingle with the crowd as I used to.

It didn't rain today, as bad luck stayed away from this year's festival. I received an unusual present from a person in Sendai City. It was a book called "The Martian Army" written by Juza Unno. It was published more than 50 years ago and the story was first serialized in a newspaper for young readers over a period of two years. I was in third grade at elementary school, then. In those days they believed that life existed on Mars. This was the first and memorable book that had introduced me to astronomy. More than half a century later, a minor planet (12084) discovered at Geisei was named "Unno" officially. In the story a massive comet threatening the earth is nudged away at the last minute by the moon's perturbation. Thrills and suspense fill mystery stories, but Unno's works reflect his background as a scientist. Juza Unno is one of the successors of Rampo Edogawa, a pioneering figure among Japanese mystery writers. A monument dedicated to Unno stands in Tokushima Park and the passage in praise of Unno's achievements was written by Rampo Edogawa himself.

In my childhood I loved to read stories written by such writers as Komatsu Kitamura, Yoichiro Minami, Minetaro Yamanaka among others. They frequently wrote stories associated with the oceans and universe and thrilled young readers.

Comet Morroe depicted in "The Martian Army" seems to be modeled after Halley's Comet he saw in the Meiji Period. 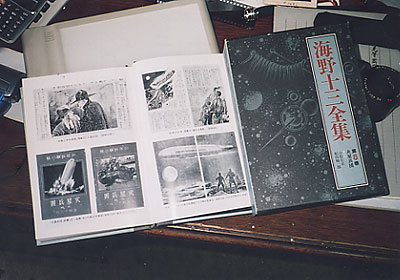 
June 13
It's been quite a while since the start of the rainy season was officially announced, but hasn't rained often. I frequently go to the observatory to take advantage of dark skies after full moon, but the less-than perfect weather disappoints me.

Comet Tuttle-Giacobini-Kresak is nearing perihelion. At the comet's return in 1973 it was predicted to be 14th to 15th magnitude in brightness, but near perihelion in June, it burst into 4th magnitude brightness. The Smithsonian sent telegrams to various observatories asking for confirmation. It turned out to be a sudden outburst of Tuttle-Giacobini-Kresak, not the discovery of a new comet. However, this comet with a substantial tail was not observed in Japan due to poor weather conditions during the rainy season.

Dr. Kresak of Czech Republic, one of the discoverers of this comet, expressed his view on the outburst of this comet: "The comet has probably spent most of its energy and it will be impossible to recover it in the future." Five years later, in the fall of November 1978, the comet was predicted to be at the 15th magnitude in the dawn sky. Geisei recovered this comet at the predicted magnitude. It was very close to Venus and at first I thought it to be a ghost image of Venus. However, this image was confirmed to be that of the comet in subsequent observations. The comet is now near perihelion in June, a similar position to that at the time of the outburst in 1973. In spite of bright moon, I have been watching this comet in anticipation of a similar outburst, but the comet is still at 14th magnitude and moving away quickly.

As it is getting hot, I put on a shirt Mr. Muraoka brought back for me from Egypt on his eclipse trip. The symbols printed on the shirt read "Seki". 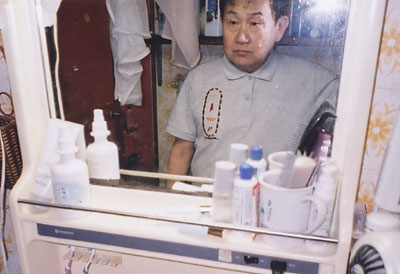 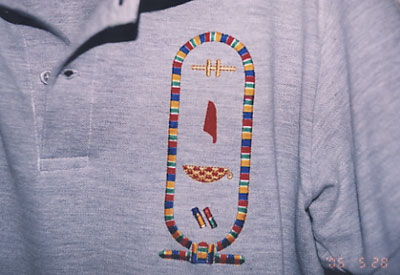